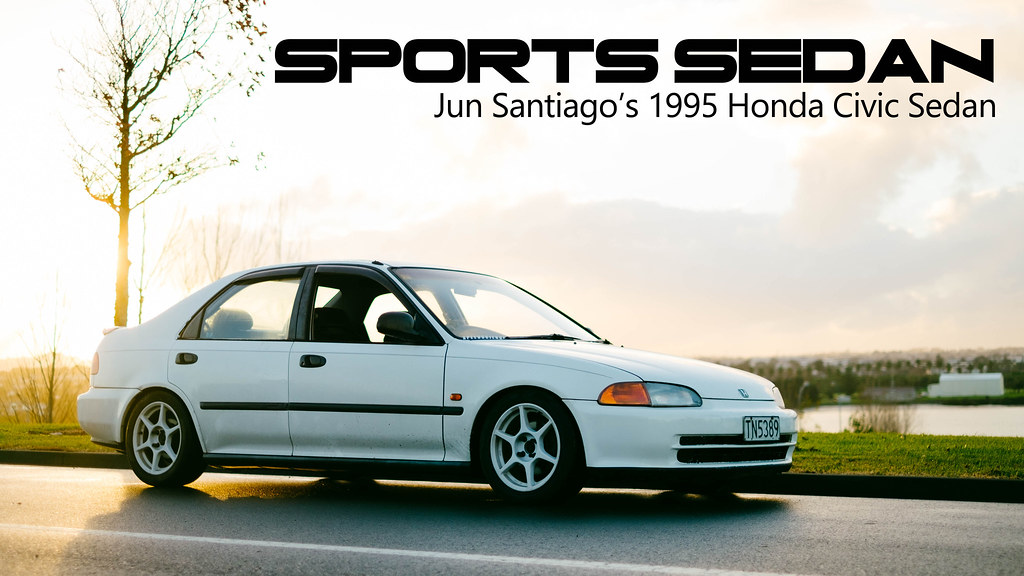 If you are following this site you would already be able to tell by now that I have a soft spot for the ’80s & ’90s compact  J-tins. Apart from the fact that these cars were the ones I looked up into while I was growing up, cars from this generation reminds me of a time when cars were compact, nimble and doesn’t need a complex computer to be driven. no traction control or drive by wire system to make the driving experience feel numb. They go like go-karts or in other words they were fun to drive. 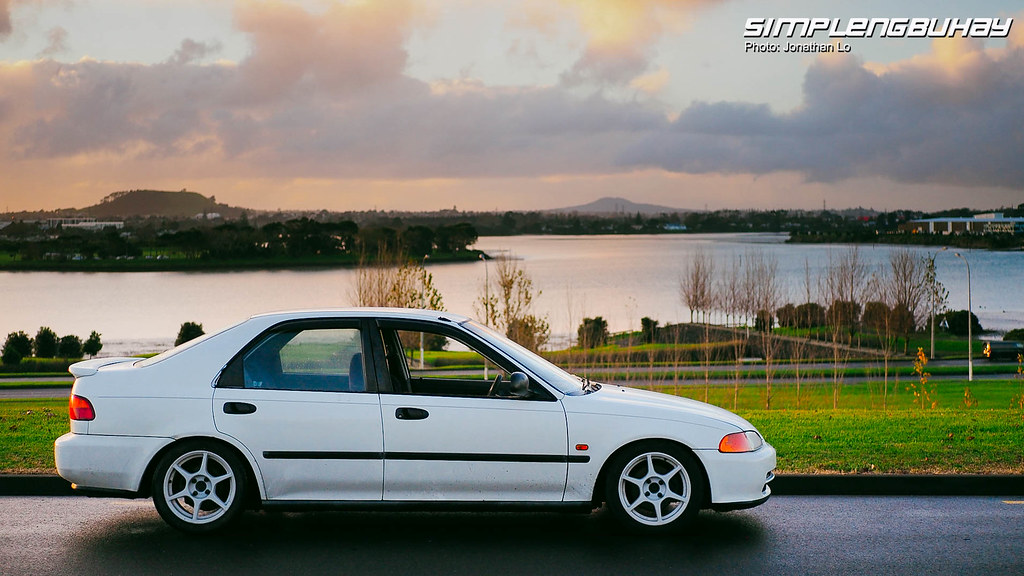 One of my favorite from that era is the Civic EG sedan platform. Yes, it is not as compact and light as its hatchback sibling but there’s something with its distinct body lines and four-door practicality which gives it a charm of its own. And since this is a Honda you can put go-fast-bits like putting Lego bricks together and you can turn this from a four door grocery getter to a four door sports sedan. This is exactly what has been done to Jun’s car. started it’s life as a civilian sedan, it is now converted to a potent track weapon. 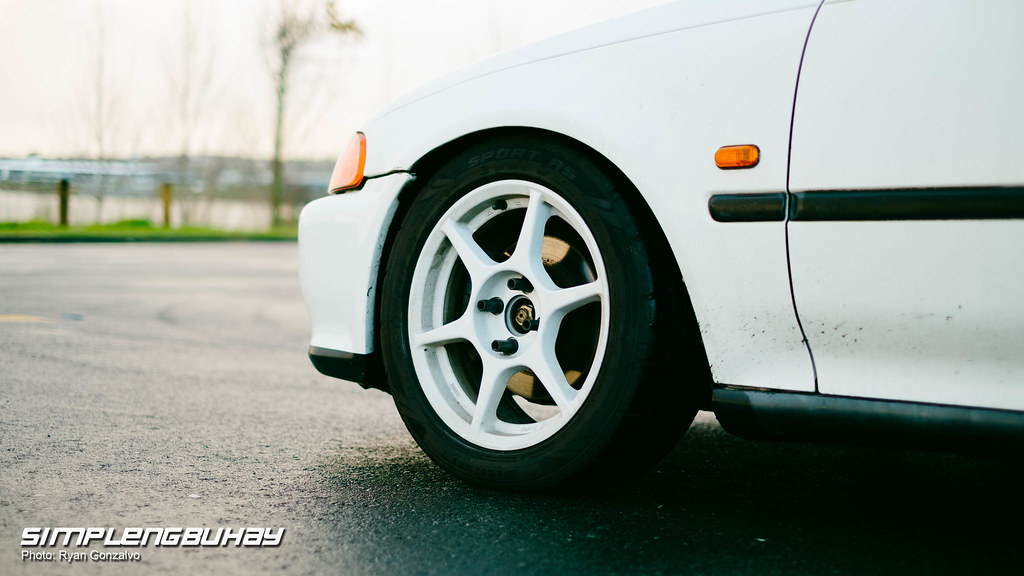 From the outside you would immediately spot a more aggressive stance. The car has been tastefully lowered with performance coilover springs and is now sitting on lightweight buddy club wheels. 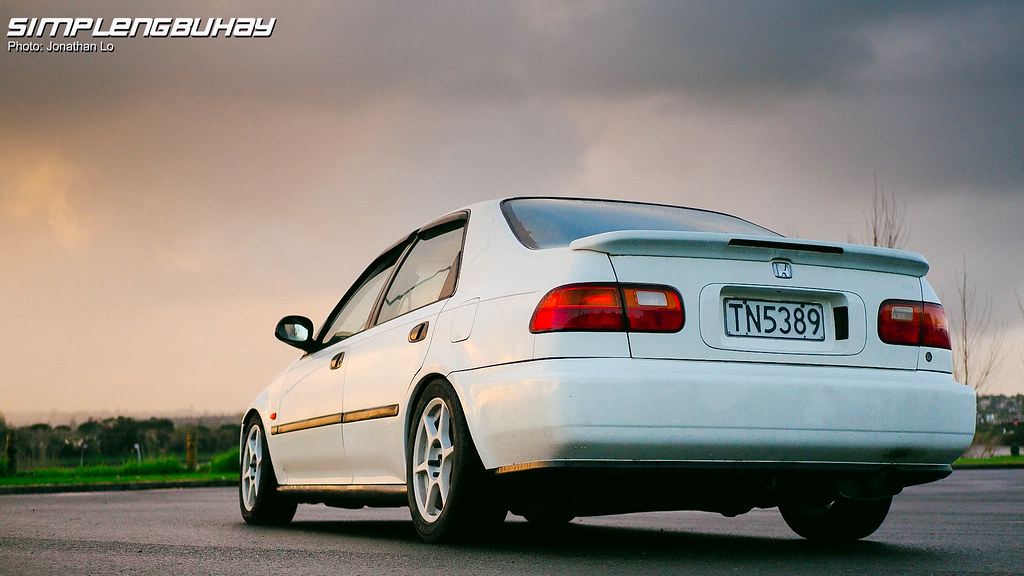 The rear deck has been fitted with Ferio spoiler. 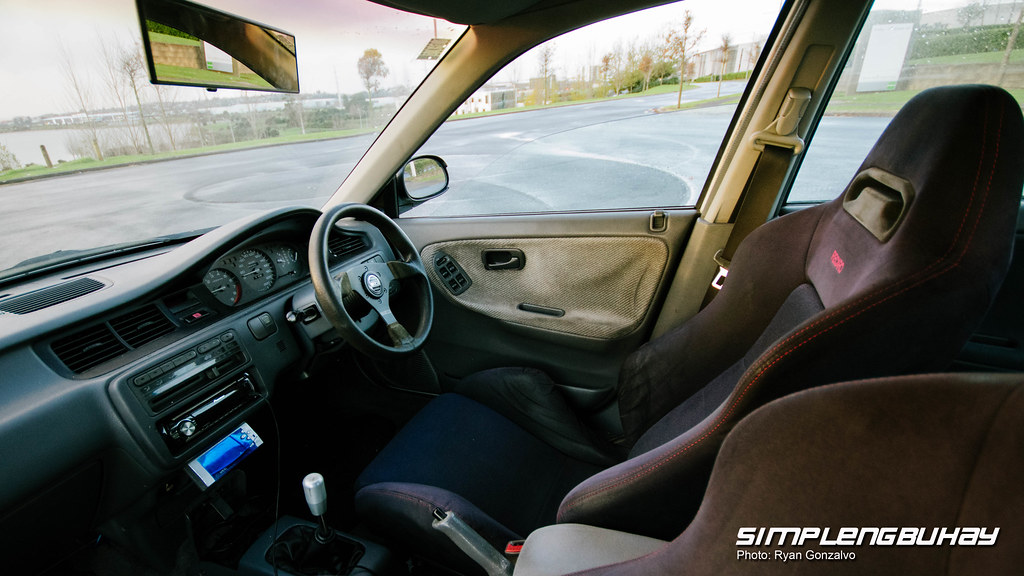 Inside the cabin you will be greeted with Sparco steering wheel and Recaros SR3s. 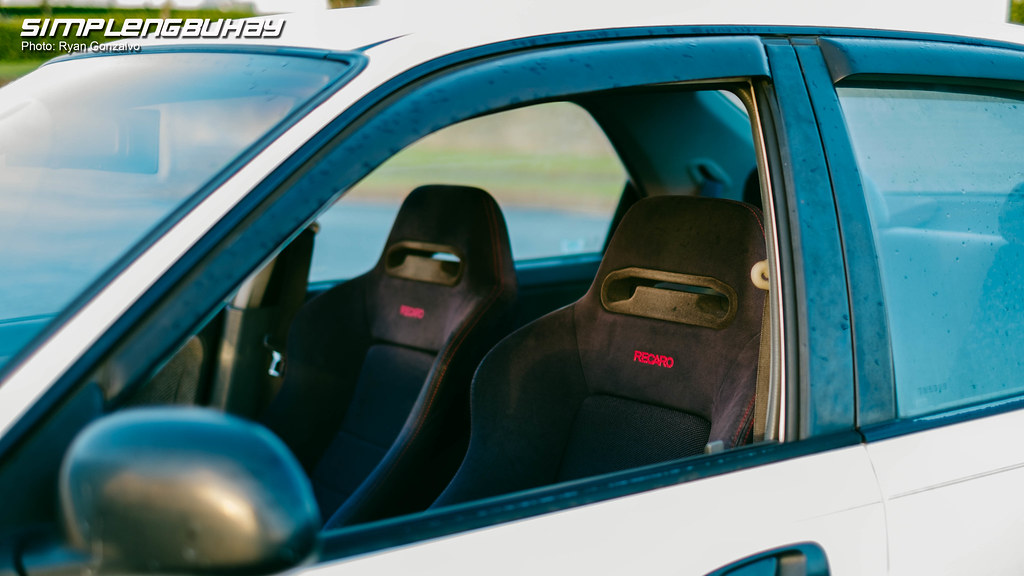 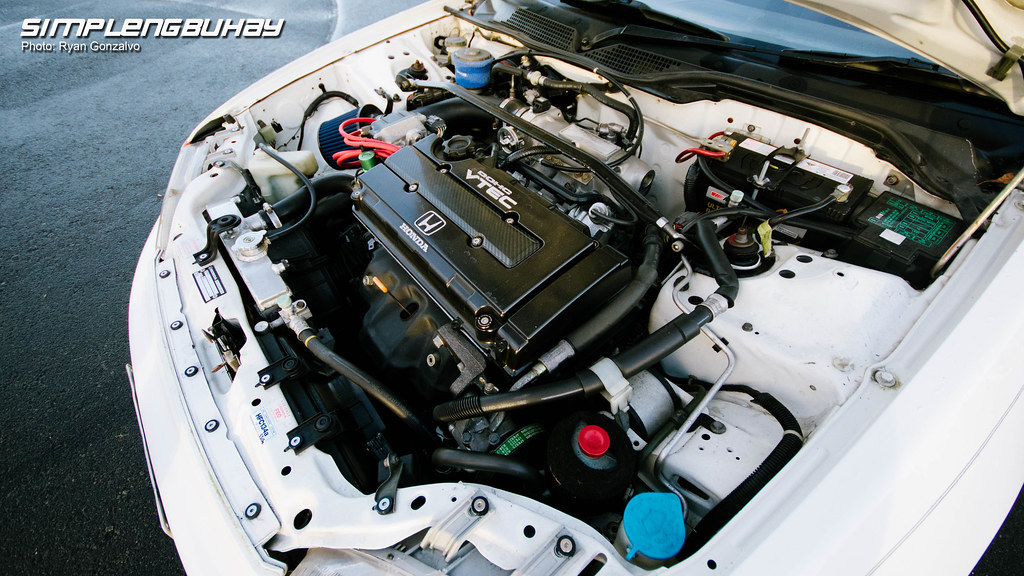 and here’s the special part, this particular civic originally comes with an anemic D16 engine with automatic transmission from the factory but is now transplanted with a B18 engine with matching gearbox from an Intergra Type R. 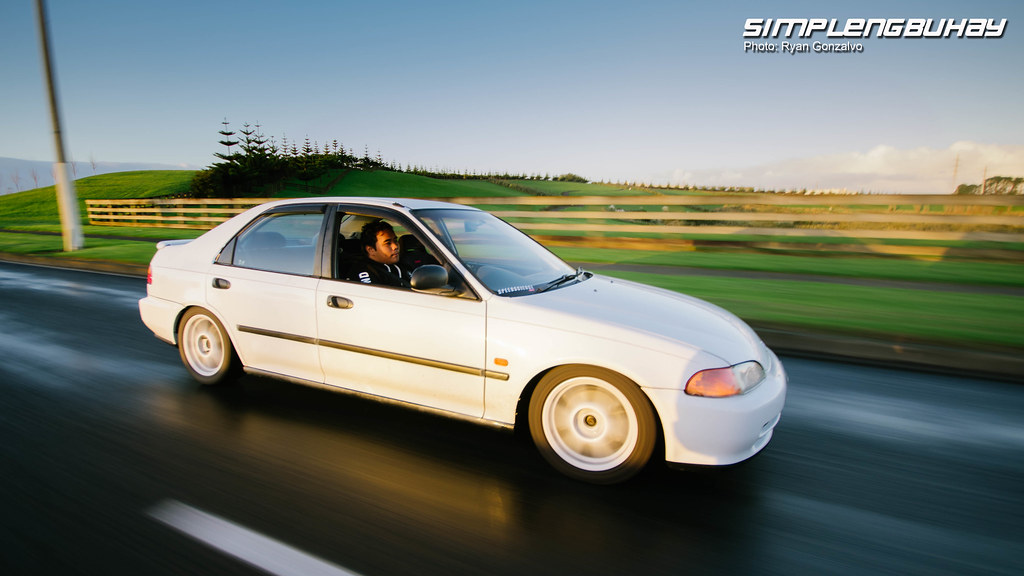 the whole package liven up this 22 year old car, a light chassis fitted with large engine is a proven recipe you cannot beat. 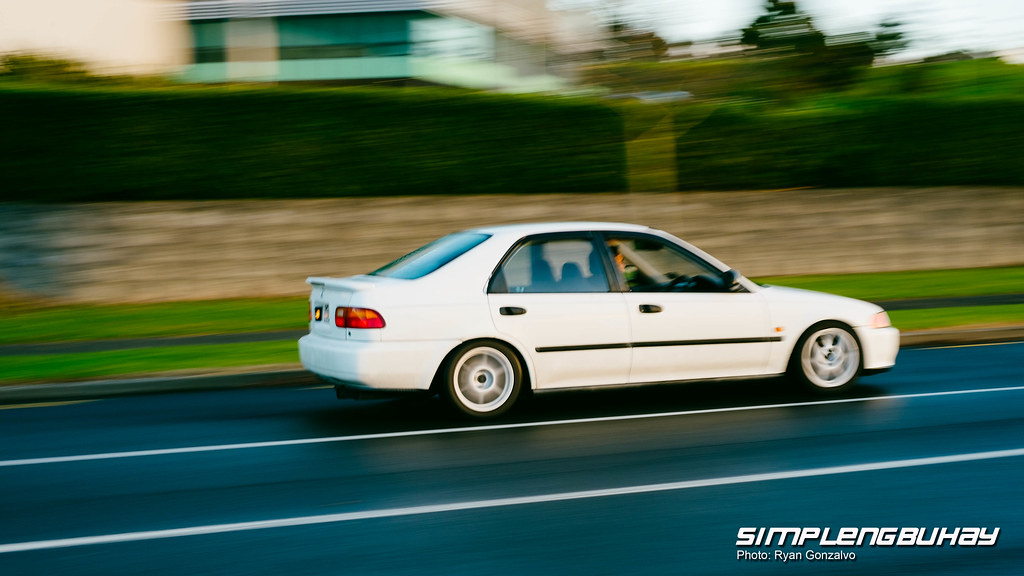 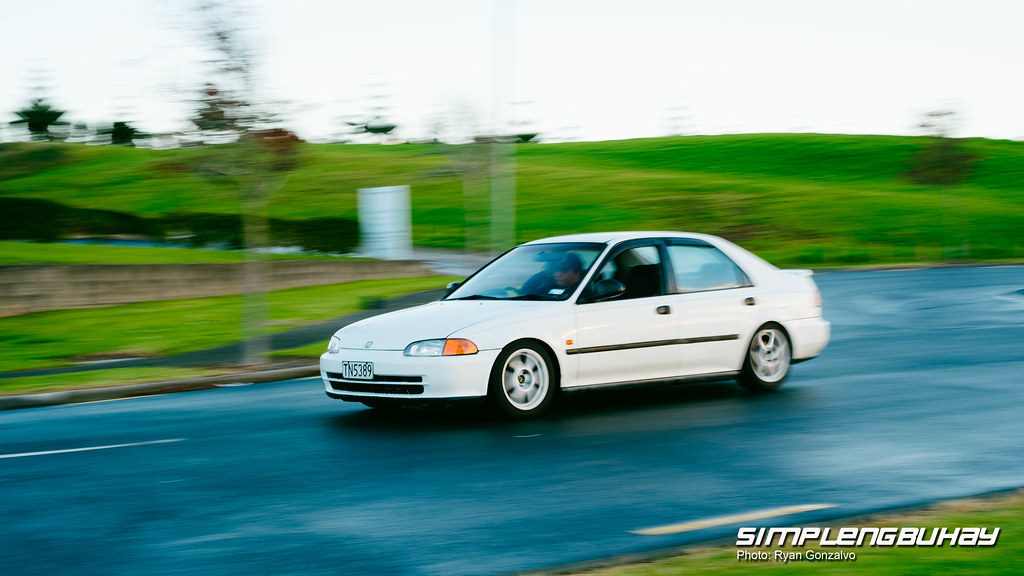 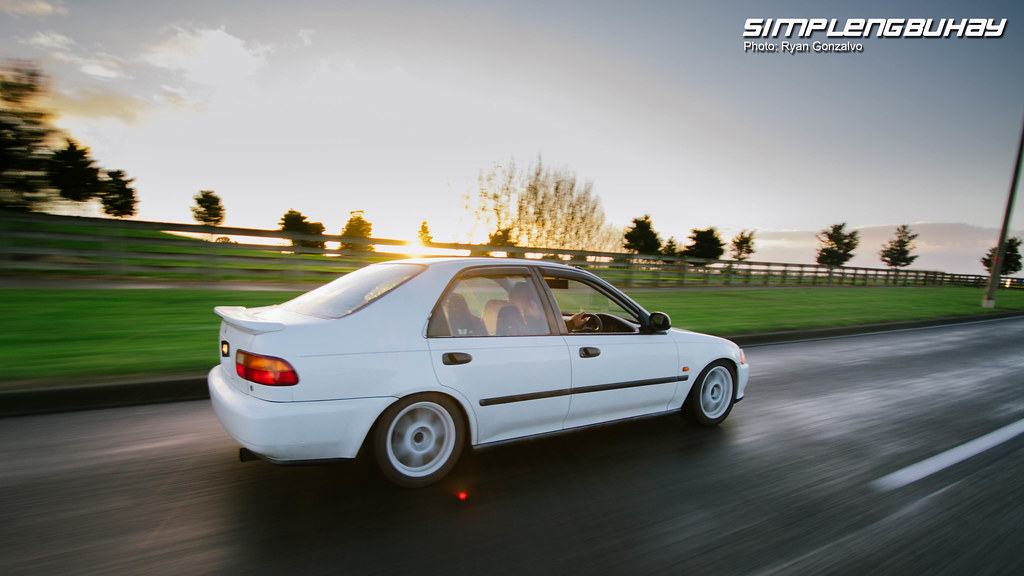 A 22 year old Honda is the last car you would think when you hear the words sports sedan but im sure once you’ve driven one you would agree it deserves to be on that category.